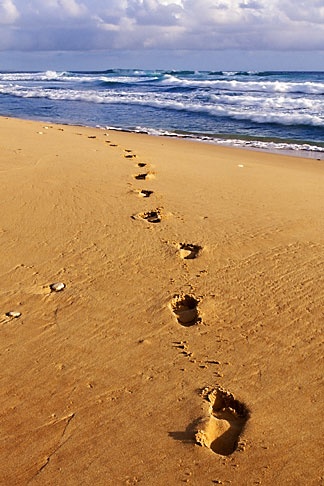 Marmontel differentiates comedy from tragedy by defining the way that each conveys the action within the stories.  “Human emotion is the principle on which tragedy is based: pathos is the means; the horror of great crimes and a love for the sublime virtues are the purposes it sets for itself. The malice natural to man is the principle of comedy.”  Robinson Crusoe’s ventures, although shockingly horrifying, were not presented with strong human emotion but rather Defoe simply presents Robinson Crusoe’s misfortunate ventures as they occurred.  Although Defoe’s text is not a play, it still woks in connection with Marmontel’s theory. Defoe applies satire in his work and furthers Marmontel’s claims in the same fashion that the Coterie writers did with their poems.

In the very beginning of the novel, Robinson Crusoe decides that he will leave his home and travel to London.  His father foresees his son’s foolish decision and tries to convince him to stay home and be content with what he already has.  Robinson, greedy for more of anything and sick of the same scenery decides to ignore his father’s warning and set sail for London.

Robison’s defiance is crucial for the progression of the novel.  If he would have listened to his father, he presumably would have lived safely and with far less conflict that his life ended up having.  Robinson reflects on the words of his father and he presents the foretelling words of wisdom as nothing more than casual conversation.  In a passage about his departure, he unemotionally recounts his leaving his hometown.

But, I say, being there, and one of my companions being about to sail to London in his father’s ship and prompting me to go with them… I consulted neither father nor mother any more, nor so much as sent them word of it; but leaving them to hear of it as they might… I went on board a ship bound for London.  Never any young adventure’s misfortunes, I believe, began sooner, or continued longer than mine (10)

He will never see his parents again, but rather than focus on his sentiments, he informs reader of the facts of his story.

After twenty-eight years of ruin and wreckage, Robinson Crusoe returns to his homeland to find that nothing is the same.  The first matter he sees to is that of his finances.  Almost as an afterthought, he makes inquiries of what has become of his family.  He travels back to Yorkshire and finds “my father was dead, and my mother and all the family extinct” (308).  In one line, Robinson discovers the death of his parents, the very people that he disobeyed and left without warning and is unmoved by his findings.  Instead of mourning the death of his parents, he resumes his quest for riches and earthly goods, which ironically is why he left his parents the first time.

Marmontel writes: “We see the faults of our peers with complacency mingled with contempt, when the failings are neither affecting enough to excite compassion, nor repellent enough to arouse hatred, nor dangerous enough to inspire fear. These images make us smile, if they are depicted with finesse; they make us laugh if the darts of that malicious joy, as striking as they are unexpected, are sharpened by surprise.”  Most of the life of Robinson Crusoe is marked by his faults.  In fact, is faults are what send him on many of the horrible ventures that take place in the book.  So according to Marmontel’s definition of comedy, the faults that Robinson Crusoe possess, because they do not evoke a sense of rage from the reader, are comical.

Robinson Crusoe’s faults do no make him an unlikeable or a horrible character.  Instead, his faults make him extremely human.  A young boy defying his parents is not an insidious being but rather the mark of an individual.  Throughout the story, Crusoe’s faults cause him to become ensnared in many different traps.

Again, Marmontel inserts what he thinks is the true purpose that comedy serves. “Comedy draws its strength and its resources from this inclination to highlight folly. It would no doubt have been more advantageous to convert this immoral complaisance into philosophical pity; but it has been found easier and more certain to use human malice to correct the other human vices, rather like using the points of a diamond to polish the diamond itself. This is the object or the purpose of comedy.”  Robinson Crusoe embodies Marmontel’s definition of comedy because he uses his own intelligence to better himself while he is shipwrecked on the island.

Robinson Crusoe’s life is marked by the presence of enormous folly.  From leaving his home in the first place to all of mishaps he endures at sea and on the island, he faces folly after folly.  Defoe presents the follies of Robinson Crusoe as learning lessons rather than fatal flaws.

While on the island, alone and scared, Robinson Crusoe “naturally” figures out some of the most important things a man can know.  He figures out the things of God which separate him from “illogical savages,” ways in which to grow crops, and methods to build different kinds of shelters.  He also attempts to educate himself by “engag[ing] his mind through reading.”  Using his “malice” to correct his errors, he discovers what he thinks is more than he ever could have back in Yorkshire.

Robinson Crusoe begins to become a deeply spiritual being.  He seeks out the Bible and tries to view his life and misfortunes through the lens of pious sovereignty.  He condemns his “original sin” of leaving home and decides that being on the island is exactly where God, via means of intellectual design, wanted him to be.

Robinson Crusoe also becomes quite industrious once he is alone.  Crusoe begins to fully embody “the enlightened man.”  All alone he comes to conclusions of a higher being and of living and rational understanding proving the greater points of the Enlightenment.  A man like Marmontel would have been amazed by the life Crusoe made for himself on the island.  Marmontel also would have been astonished by the covert satirical images that Defoe presented throughout his novel.