Table of Contents
About "Almost, Maine"

The play “Almost, Maine” is a series of falling-in-and-out-of-love stories about the quirky people in the fictional town of Almost in Northern Maine.  The story behind the play itself, however, is sort of a love story between the playwright, John Cariani, and his hometown of Presque Isle, Maine.

The hallways of a high school are notoriously difficult to navigate for outsiders.  City High in Iowa City is no different.  Over the course of five weeks this fall I got to know my way around the theater department.  My tour guide on the first day was Doug Lestina, dean of students.  First stop was Opstad Auditorium.

Hear Doug Lestina talk about teaching, drama, "Almost, Maine" and his fellow directors, in his own words. Click to listen.

Remember your first kiss?  It was probably awkward.  Someone may have blushed; hopefully no one laughed.

Whether it lived up to the hype, or left a lot to be desired, you always remember your first kiss.

Imagine sharing that moment with your entire high school, or worse, an audience full of parents and teachers.

“Where is your hat?”

Janet Schlapkohl is trying to get her kids ready for the last performance of “Almost, Maine” at City High in Iowa City, Iowa.

Both Doug Lestina and Troy Peters named the three-part "Prologue," "Interlogue" and "Epilogue" as their favorite scene.

The entire cast is present; no one wants to miss opening night.

Most people add decorations to their offices like photographs or knick-knacks. For Troy Peters, an English and theater teacher at City High, his office is his classroom. In place of the typical personal touches are movie posters and props from the sets of some of the 25 films he worked on during his 15 years as a set designer in Hollywood.

Driving to City High on that September afternoon was freaking me out. I was meeting with Doug Lestina, the dean of students, about following the production of the fall play for an assignment.  He told me to report to the main office.  The only time I “had to report to the office” during my high school years was when I had a meeting with the principal as vice president of the student council about Homecoming activities, specifically the parade.  Very “Leave it to Beaver” innocent.

Turning onto Morningside Drive, a street that would soon become a daily destination for me, my legs were wobbly noodles. Adrenaline quaked through my nervous body.  Students were loitering in the lawn; school had just gotten out.  I pulled into the lot and parked, checking myself in the rearview mirror.  Nothing in my teeth, my hair wasn’t doing anything weird, and most importantly, I didn’t look as nervous as I felt.  As I stepped out of the car I hoped I was dressed okay, then I rolled my eyes at my 27 year-old self and walked up the hill to the open doors.

Past the gymnasium and classrooms with overhead projectors aimed at white retractable screens, I came to a lobby full of Little Hawk pride. In a hall lined with some of the 1484 lockers in the school I found the door I was looking for.

Waiting in Opstad Auditorium for students to arrive for rehearsal, I anxiously waited to meet the kids I would be hanging out with after school.  Feeling like the new kid in class must not have an age-limit.  Several students started arriving.  Others were talking to or texting those missing telling them to hurry up.  I was astonished for the first of what would be many times at the pervasive presence of cell phones.  When I was in high school, no one had a cell phone in his/her pocket.  I am not that old!  High school was only eight years ago!  Most had car phones, big clunky bricks that stayed in the car in case of emergency.  Nothing was sleek or pocket-sized.  And there were only two colors, black and grey.  I sound like one of those old people sitting on a porch step reliving the “good old days” that these “kids today” would never understand.  But, then again, they won’t ever understand them.

Another shocker.  They all called him Doug.  I called him Mr. Lestina for three weeks before I felt comfortable using his name.  I never called a teacher by his/her first name in school.  I was taught it was disrespectful.  I still feel weird doing in it college. “Professor, or, um, Mrs. Polumbaum, I mean, Dr., uh no, Judy?!”  That’s what runs through my head before I ask anything in class, still. And these kids are just like, “Doug, did you get my text?”or “I Facebooked you, Doug, did you see it?” Lordy, I am old.

I asked him about it later and he said he had a couple teachers in high school that told kids to call them by their first names and they were the teachers he looked up to the most.  So it is a respect thing for him.  He later admited that when students are in his office, the dean's office, it's usually Mr. Lestina.  A very different circumstance.

The first time I met the kids I immediately saw kids I knew in each of them.  There was Jeff Thrope (Throw-up if we were being mean) with his slender build and curly brown hair.  Kip Hiaduke with his blonde hair just barely in his eyes, his round face, cracking jokes.  James Kane.  A kid who wore glasses in school but is now super-handsome and married to his high school sweetheart.  These kids have different names but I start to think stereotypes exist simply because they have been consistently present and proven.  Like gravity or something.  The kids are the same and entirely different.

I often think, over the next five weeks how “good” they are.  People complain about teens today, but I can say nothing but nice things about these kids.  They were polite, funny, kind and caring.  They were engaged.  They could carry on a conversation with an adult and play ball with their teacher’s 2 year-old son to entertain him while his father was working on a scene.  Awesome kids.

The play, “Almost, Maine” was funny and heartbreaking and sad and full of love.  It was so perfect for a high school.  I always hear that you don’t know what you’ve got ‘til it's gone. That perfectly describes how I feel about high school.  During my time at City High I remembered all the good things about high school.  It was fun.  And I didn’t even like high school that much. Sure, it was drama and confusion, but it was all shared experiences.  One big, long, four-year inside joke.  When I walked the halls, halls that had felt confusing and labyrinthine just a few weeks before, I noticed signs on lockers cheering on athletes, kids struggling under the weight of backpacks full of textbooks, small underclassmen fighting the awkward shapes of black cases containing band instruments bigger than them.  Sure, it’s a romantic idea of high school, but those were the “good old days.”

I enjoyed this experience immensely and I hope I can convey even a fraction of it in this final project.

Back to Iowa Immersions 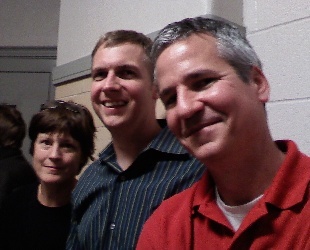 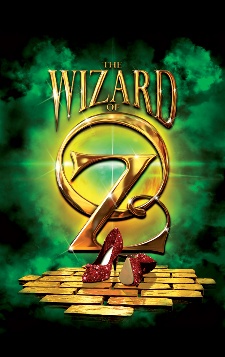