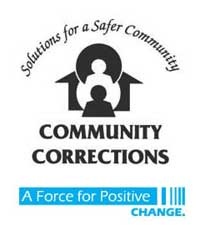 To protect the privacy of its residents, Johnson County's half-way house facilty, the Hope House, is closed to recording devices or photography. As well, interviews with it's current residents are not permitted. But a few former residents were willing to offer their experiences inside Hope House.

Part III:
A Case of Redemption

Sex offenses in Iowa fall under many degrees of felony and aggravated misdemeanor, but many who are convicted under these laws find the severity of public stigma is uniform.
This is the story of Ronnie Seals, a convicted sex-offender, who made the most of his Hope House stay by turning his life around.

Part IV:
Inside the Parole Office

Upon being granted parole from prison, and offender may no longer be confined by bars and walls, but they are accountable to a community corrections officer whose task it is to track that individual's successful transition back into the community. For ten years, Stacey Gates has been that officer for most Johnson County parolees. While she submits to the axiom that one can only lead a horse to water, inside the parole office is where her clients just might drink-in her guidance.

My initial intention had been to observe and report on the culture of the Hope House half-way facility in Coralville. This would include interviews with facility residents, employees and time inside the facility to observe various interactions and procedures.
If anything, I found the culture of community corrections to be sensitive to exposition. For me, this formed a barrier for my understanding of Hope House, a form of institutional walls.

Part I: Entering the System

The criminal justice system is perpetual. New or returning offenders are constantly entering to replace other offenders who’ve completed their sentences.

Assault, robbery, and drunken driving are just a few of the offenses that Johnson County citizens perpetrate on a daily basis.

Police officers are in the community and on the street – right now – looking to intercede before crimes are perpetrated. When they’re not successful, the criminal justice system kicks-in, assigning guilt per judge and jury and punishment per the Iowa Code. After the judgment is where the officers of the community corrections system assume their role in an offender’s life.

Built in 1990, the Johnson County Department of Correctional Services is located in Coralville on Holiday Road, a street that contours the gently sloping ridge that faces south over Interstate 80.

The symetrical building is split into two sections with a side walk leading up toward the front. There the sidewalk forks, right to the John R. Stratton Center housing the parole and probation staff and left to the Hope House residential facility.

A fork in the road is what offenders - or clients - of the community corrections system of Johnson County face when they are presented with confinement or treatment. Offering probation, parole and residential services, clients are given a structure that encourages them to avoid the behavior that originally led them to break the law.

But the will to change is not a tangible product the community corrections can bestow on its clients. Ultimately, the decision to change – to follow a lawful path - remains with the individual.

On a bulletin board in the waiting room of the Stratton Center is a posting of recent crime statistics, such as a murder is committed in the US once every 37 minutes, or an assault occurs once every 2.7 seconds. These are alarming numbers when you sit down and watch seconds and minutes tick off your watch, victims in a television crime drama playing-out in your head.

With state prisons at capacity and the Johnson County jail itself overflowing, the task of the officers of the community corrections system has become more vital – address offender needs to reduce recidivism.

They are tasked to help their clients to make better decisions and prevent repeat offenses, so hopefully, a few moments from now another crime doesn’t have to be committed.